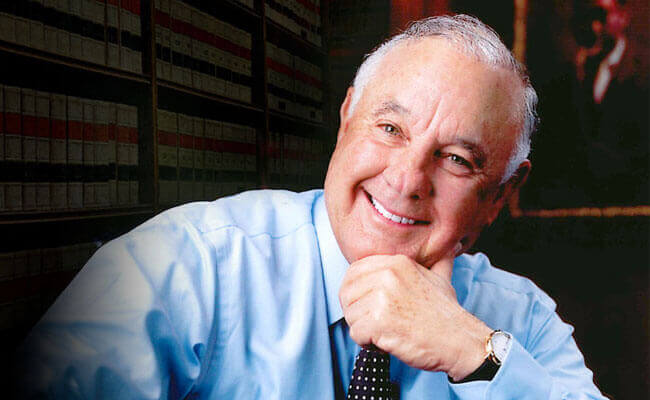 Houston trial lawyer Ronald D. Krist has been an influential figure in the Texas legal community for more than 50 years.

Listed in “Lawyers Weekly U.S.A.” as one of the five most successful small-firm lawyers in America

As a personal injury trial lawyer, Ronald Krist has extensive experience handling a number of high-profile and precedent setting cases in Texas.

His experience and skill as a litigator have allowed him to recover numerous multi-million dollar settlements and verdicts on behalf of people injured in serious accidents or who lost loved ones in accidents.

Among the major cases Krist has handled are:

Krist has written numerous books and articles about various facets of the law, and received numerous honors and awards, including being listed as one of the “Best Lawyers in America” since 1989, the No. 1 Personal Injury Trial Lawyer in Texas by Texas Lawyer Magazine, and one of the seven most successful lawyers in America by Forbes Magazine.

Krist was listed in 2016 by The Texas Lawbook as one of the “Lions of the Texas Bar,” which honors 50 of the state’s legendary lawyers who are 65 or older and have made significant contributions to the legal profession.

He is a former president of the International Academy of Trial Lawyers, board member for the International Society of Barristers, board member for the National Institute for Trial Advocacy, president of the Houston chapter of the American Board of Trial Advocates, a fellow with the American College of Trial Lawyers, and member of the Inner Circle of Advocates, an invitation-only group limited to the 100 best plaintiff lawyers in the U.S.

Krist has played a role in Texas government by serving as a member of the state Public Safety Commission appointed by then-Gov. Ann Richards, during which time he was commissioned as an honorary captain of the legendary Texas Rangers.

He was also appointed by Richards as an ex-officio member of the Texas Racing Commission, and later served as a member of the State Commission on Judicial Conduct overseeing the state’s judiciary.

Krist is a native Texan who graduated from the University of Texas at Austin with a bachelor’s degree in business administration and later a law degree. He has been admitted to legal practice in Texas since 1962. 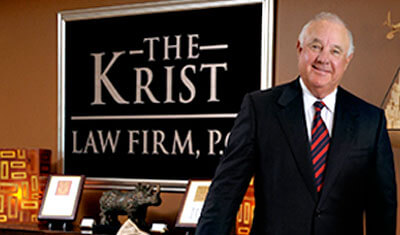