Decades of experience representing aviation accident victims have given us the knowledge that sets us apart from other law firms. 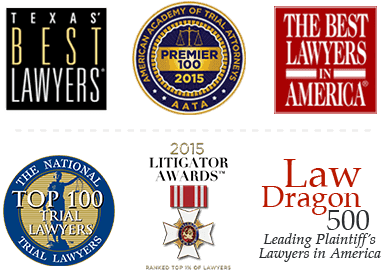 A vast majority of aviation accidents that result in injuries and casualties involve commercial and private planes. Small personal aircraft are most commonly involved in crashes. However, commercial airlines occasionally have significant accidents resulting in fatalities. They also have injuries from turbulence and other issues that may take place during a flight. At The Krist Law Firm, P.C. our Houston aviation injury lawyers are ready to help you pursue compensation for your injuries or the loss of a family member in an accident or crash.

We are also here to help with more than plane accidents. Our aviation litigation experience includes representing individuals or families in accidents that involved other types of aircraft like helicopters and hang gliders. We also have experience with aerospace incidents and casualties, including the Apollo 1 fire, the Space Shuttle Challenger disaster, and the Space Shuttle Columbia disaster.

Whether you were attempting a new hobby, an airline passenger, an astronaut, or a surviving family member, we want to help you obtain the compensation you deserve under the law. Contact us online or call 281-283-8500 to schedule your initial consultation.

Aviation accidents such as plane crashes often result in significant and catastrophic injuries, including:

Not all harmful aviation accidents involve plane crashes or some other type of catastrophic event. Problems can occur during the flight, such as extreme turbulence, which can lead to minor, moderate, or serious injuries. For instance, unsecured items can result in head trauma and lacerations during turbulence. Or, if the interior of the plane is not as well-maintained, clean, and safe as it should be, you could trip and fall. You have the right to recover compensation for any type or severity of injury you suffer while on the aircraft.

Who is Responsible for an Aviation Accident?

The party responsible for compensating you for your injuries or loss depends largely on why the accident took place. If you were involved in an accident, whether or not it was a plane crash, or you lost a family member in an incident, contact our experienced Houston aviation accident lawyers right away. Your situation requires an independent, in-depth investigation to determine what happened, why it happened, and who is liable for compensating you.

Liability for an aviation accident also may depend on whether it was a private or commercial flight. During a commercial flight, you are most likely to handle the claim with the airline, since it is likely responsible for numerous aspect of the aircraft and flight, including the pilot or maintenance personnel’s conduct. However, an accident involving a personal or private aircraft is more likely to be an individual’s responsibility. For instance, if you were injured due to pilot error and the pilot owned the small aircraft or was an independent contractor, then you are more likely to file a claim against that person.

Depending on what independent and federal and state authorities’ investigations uncover, the liable party may include the:

A common question to arise during an aviation accident is: Where is there appropriate jurisdiction, or place to sue? Legal claims can only be brought in certain areas for domestic plane crashes and international plane crashes. You cannot file a lawsuit in a county or district that has no connection to the accident or your injuries.

When an aviation accident takes place, it often has connections to more than one state. A flight that took off in Houston may have crashed in another state or country. A flight that originated out of state may have an accident that results in your injuries or loss in Texas. Whether the flight that resulted in your injuries was entirely contained within Texas or touched other states or nations, contact us right away. We will review the appropriate jurisdiction for the accident, including whether any international treaties or conventions apply, and advise you on whether you can file your claim in Houston.

Aviation accidents that result in injuries or fatalities are typically caused by one or more common factors, including:

The pilot of a plane is the individual most responsible for the safety of the passengers and crew during a flight. The pilot’s experience and decisions are what keep a flight on course, avoiding dangerous incidents. Unfortunately, a pilot’s mistake or carelessness is the most common cause of accidents. If a pilot does not keep a close eye on essential data during a flight or follow proper procedure such as how to act during poor weather, they may be responsible for an accident and its consequences.

Before a pilot can take over and be responsible for a flight, the plan must be designed, assembled, and maintained. If any part or system within the aircraft was not properly designed, manufactured, assembled, or cared for, then the resulting risk of a crash could be devastating to the passengers and crew.

An aircraft may have started out safe and in proper working order only to become more dangerous over time. Airplanes of all sizes require consistent inspects and maintenance to prevent defects or a system failure.

Sometimes aviation accidents result from improper information being relayed to a pilot by air traffic control. Without all of necessary and accurate data, pilots can end up in situation in which it is impossible to avoid an accident.

Liability for an Aviation Accident Based on Negligence

The reasons for an aviation accident also influence the type of legal claim you may use to seek compensation. One theory of liability you may rely on is negligence within a personal injury or wrongful death claim.

If you are seeking compensation based on negligence, you and your legal team must prove:

During a personal injury claim, you can ask for compensation for:

Compensation from a wrongful death claim is different. In this type of claim, you are not seeking damages for your loved one’s injuries prior to their death. You are asking for damages for your injuries as a result of losing a family member.

You may ask for: 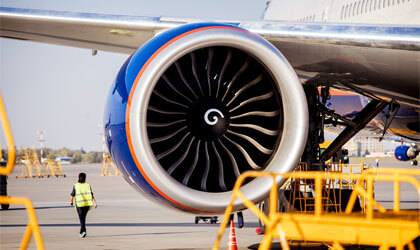 Instead of a negligence-based personal injury claim, you may have a product liability claim against the air craft designer, manufacturer, or seller. This is appropriate if you believe a defective or dangerous part or aircraft was responsible for your injuries and not an individual’s carelessness or recklessness.

How Our Houston Aviation Injury Lawyers Can Help

Whether an aviation accident includes a commercial airliner or a small personal craft, it may quickly become complicated. If you suffered injuries or lost a spouse, parent, or child in the accident, contact our experienced and trusted Houston aviation accident lawyers at The Krist Law Firm, P.C. right away. We have handled all types of aviation accidents, worked with state and federal authorities following these incidents, and know where to find the appropriate expert witnesses for your case.

To learn more about how we can help you pursue the compensation you deserve, contact us online or call 281-283-8500 to schedule an initial consultation.