Scott C. Krist of The Krist Law Firm, P.C. is happy to announce the winner of its 2017 National Scholarship, a $10,000 award that will help a deserving student who possesses good character, dedication to furthering their education, and a high degree of motivation further their education and skills. Maya Hairston’s story is that of determination, devotion to helping others, and a passion for her future career as an attorney. These qualities, combined with her excellent school record, plans for the future, and experience working with children show that Hairston truly embodies the spirit of the scholarship.

In the midst of her undergraduate studies in Conflict Analysis and Resolution at a predominantly white institution, Maya Hairston noticed that her peers and professors were treating her differently and assuming she spoke for every one of her race when it came to topics like mass incarceration and violent crime. Instructors, though well-intentioned, would laud her with compliments, including:

“You write so eloquently.”

Though her teachers meant well, these comments started to wear on Hairston’s spirits, presenting her with the ethical dilemma of embracing the stereotypes that surround her race, or resisting those stereotypes because that’s not who she is as a person. Each of the questions surrounding this problem would pose harm to her well-being, so after three and a half years of her undergraduate degree program, Hairston found the answer within herself.

If she gave into how others perceived her, she would be denying her true identity and performing a disservice to herself. Armed with the realization that embracing her black identity would allow her to live an authentic life, she set out on a bright future.

Hairston grew up in urban Pennsylvania, where she saw firsthand how easy it was for her friends and peers to fall prey to violent crime and gun violence. Her work as an investigator for the District of Columbia Public Defenders Service, paired with her studies on the incarceration of her people have fueled her passion for tackling the dilemma of not losing touch with her identity. 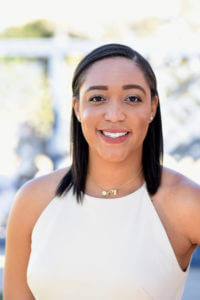 Maya Hairston decided to go to law school for several reasons. She wants to create change through understanding. She yearns for justice and the law to be more thoroughly understood so that people, particularly children, do not have to unjustly suffer. She hopes to one day work for a nonprofit that focuses on juvenile incarceration, rehabilitation, and reform. In her application essay, Hairston wrote, “the criminal justice system is a cycle. If we reform the juvenile justice system to be more attentive to the rehabilitative aspects of criminal justice, we can stop the cycle.”

Her past experience laid the groundwork for this passion. Her position at the Public Defenders Service allowed her to work with individuals accused of sexual assault and murder. As an investigator for Felony 1 trial attorneys, she works closely with people who have been in and out of the system since they were teens.

Her goal isn’t to “save the lives of millions of black boys and girls born into circumstances outside of their control.” Rather, Hairston wants to give young people a chance at a good life and “stop the cycle.”

The Krist Law Firm, P.C. started its annual scholarship contest in 2015, so that students like Maya Hairston could work towards her academic and professional goals without the added stress of affording tuition. For Hairston, the $10,000 award will allow her to focus on her first-year law studies, which are widely recognized as the most challenging time of the academic program. By receiving the 2017 National Scholarship award, Maya Hairston will be able to fully-devote her attention to her studies, which will help further establish the foundation she needs for a successful career in the criminal justice system.

About The Krist Law Firm, P.C.

At The Krist Law Firm, P.C., our Houston personal injury lawyers are dedicated to assisting those in the community who are pursuing higher education. In the area, we also support individuals who are suffering from injuries and harm incurred in car accidents, truck collisions, maritime incidents, and more. We know that the days, weeks, and months following an injury are challenging, and we are prepared to help you.